Art in Manufacturing is the National Festival of Making’s headline commissioning programme – providing artists an incomparable platform to make new work in and alongside major industry.

The groundbreaking series, co-commissioned by The National Festival of Making and Super Slow Way, has seen ambitious exhibitions; installations, performances, and sculptures gaining international press coverage and engaging 1000’s of visitors to date. 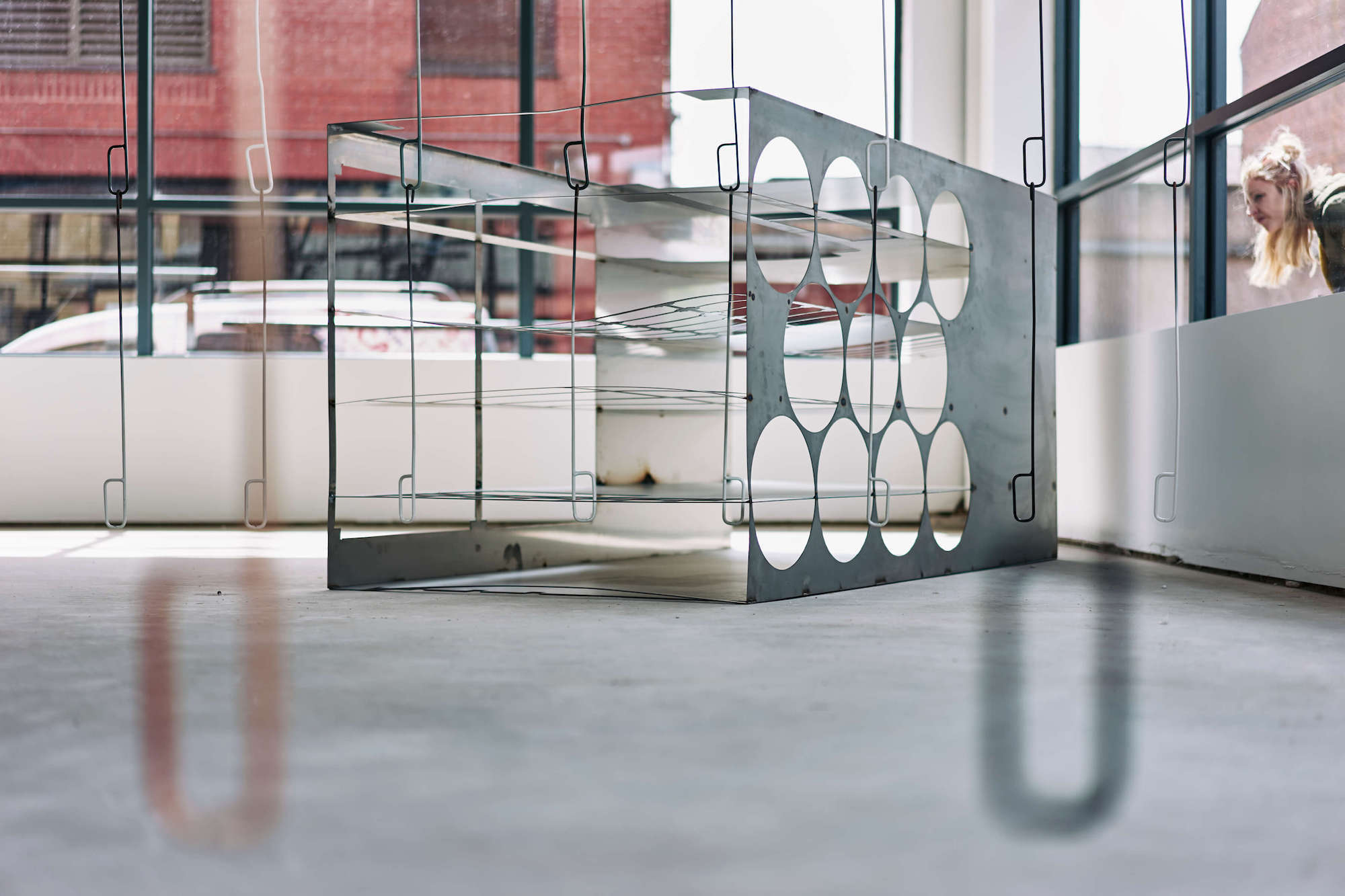 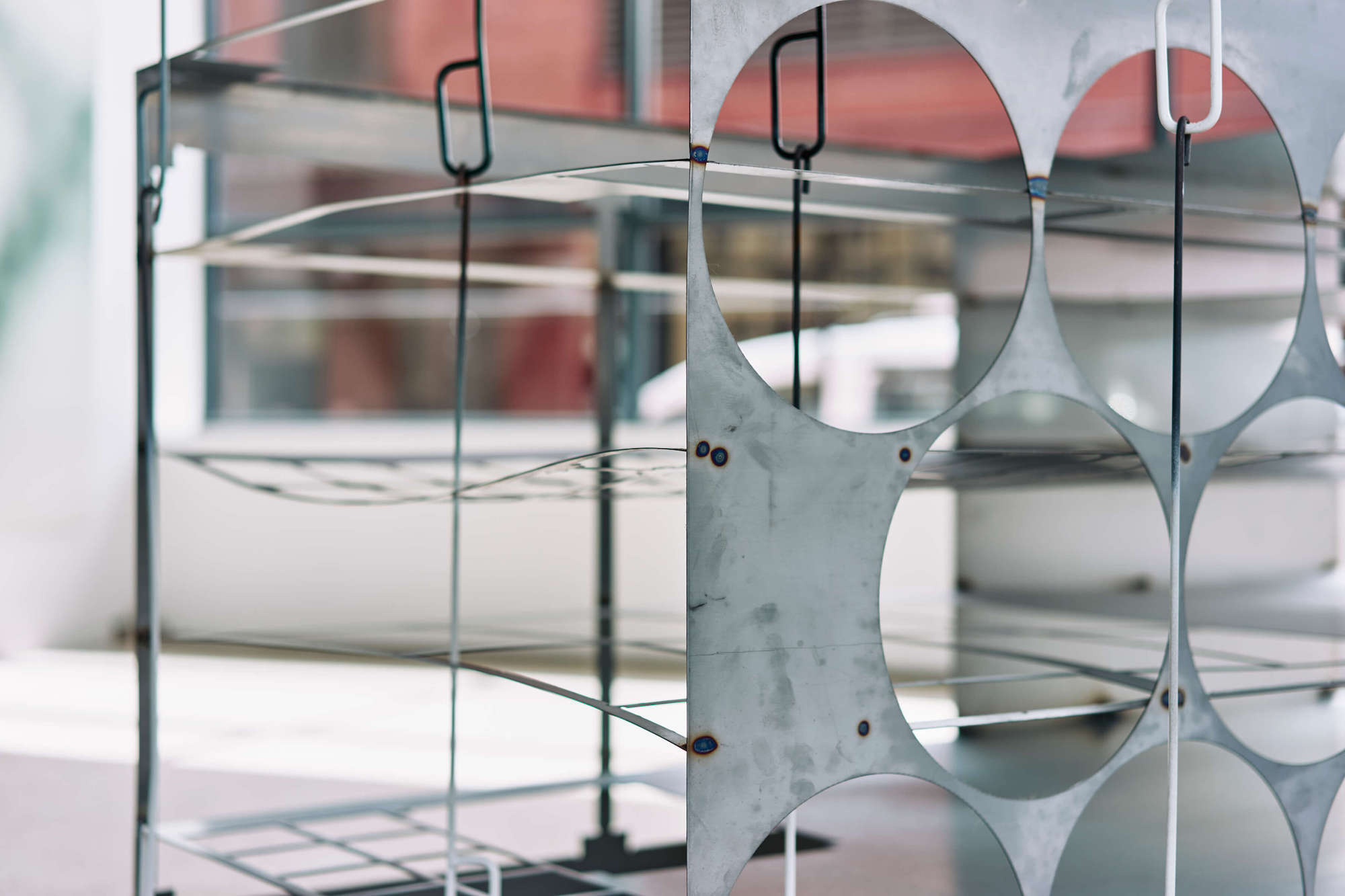 In Season Three, five artists have been paired with five brand new manufacturers whose work in textiles, paper and engineering have links to international making industries – historically, with Lancashire’s rich making heritage and within a global manufacturing community of modern making.

In 2019, artists Daksha Patel, Anna Ray, Dan Edwards, Amy Pennington, and Liz Wilson – will immerse themselves in factory settings for a three-month residency exploring industrial making practices, machinery and techniques, craftsmanship and personal histories to produce new artistic works. Paired with manufacturing firms diverse in their scale, business culture and specialisms, the outcomes of each artist residency will be premiered at the festival, taking place over Sat 15 – Sun 16 June 2019. 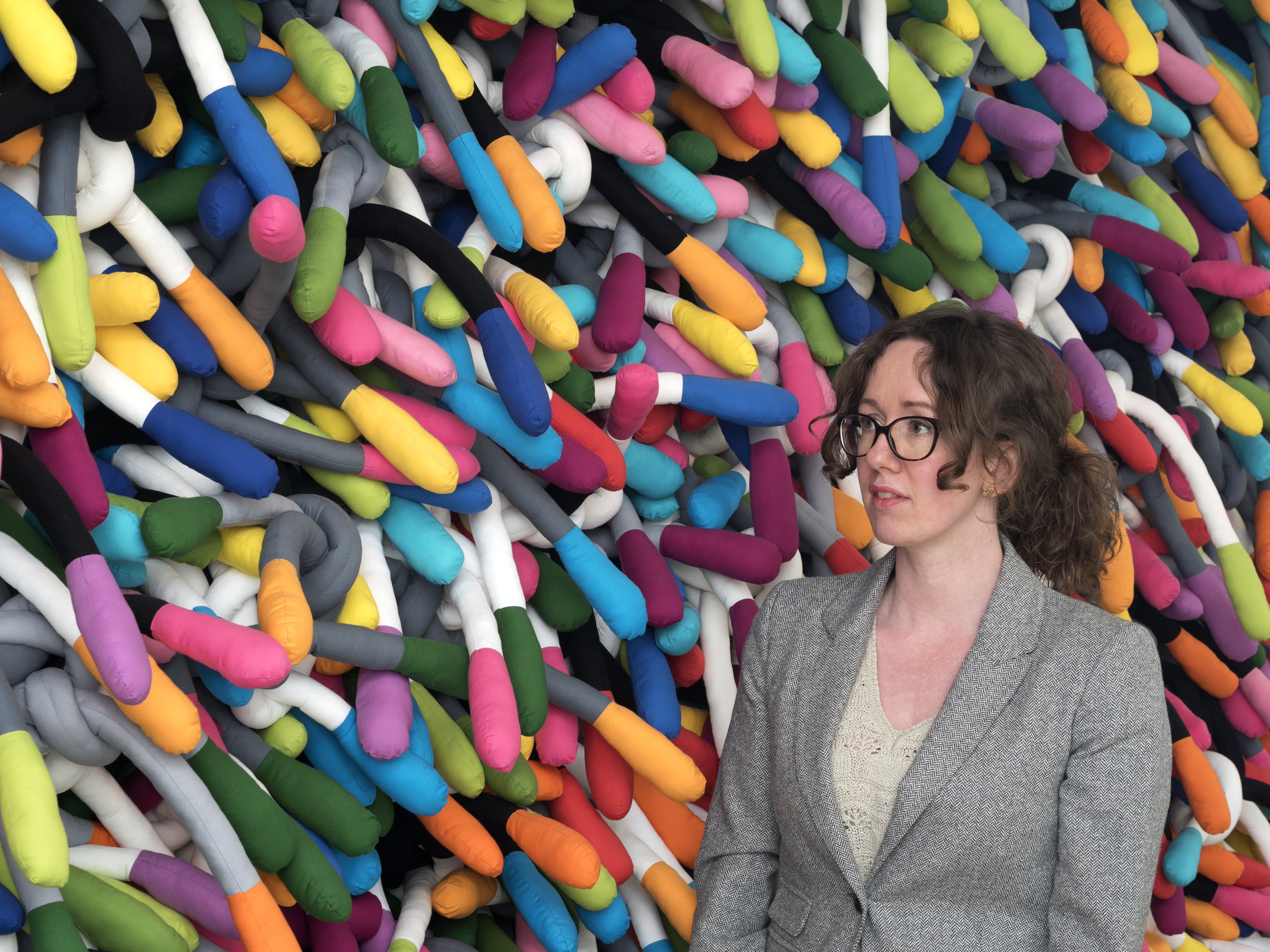 Working with cloth, fibre and thread to realise eye-popping gallery installations at the same time as working in fine detail on delicately sewn ‘drawings’ – Anna Ray’s work straddles craft and conceptual art without being defined by either category. Ray has developed and shown work with organisations including the Turner Contemporary in Margate and the RHS Chelsea Flower Show, each time drawing from her subconscious the textures and structures that she has observed around her to develop new forms.

Forbo Flooring Systems, produce commercial flooring in materials including linoleum, vinyl and carpet tiles for a wide-range of organisations worldwide as well as a range of advanced home flooring products. The carpet tiles are produced across two sites in Lancashire. Dedicated to progressive manufacturing processes and products, Forbo drives innovation to ensure their flooring makes positive impacts on the indoor and outdoor environment. 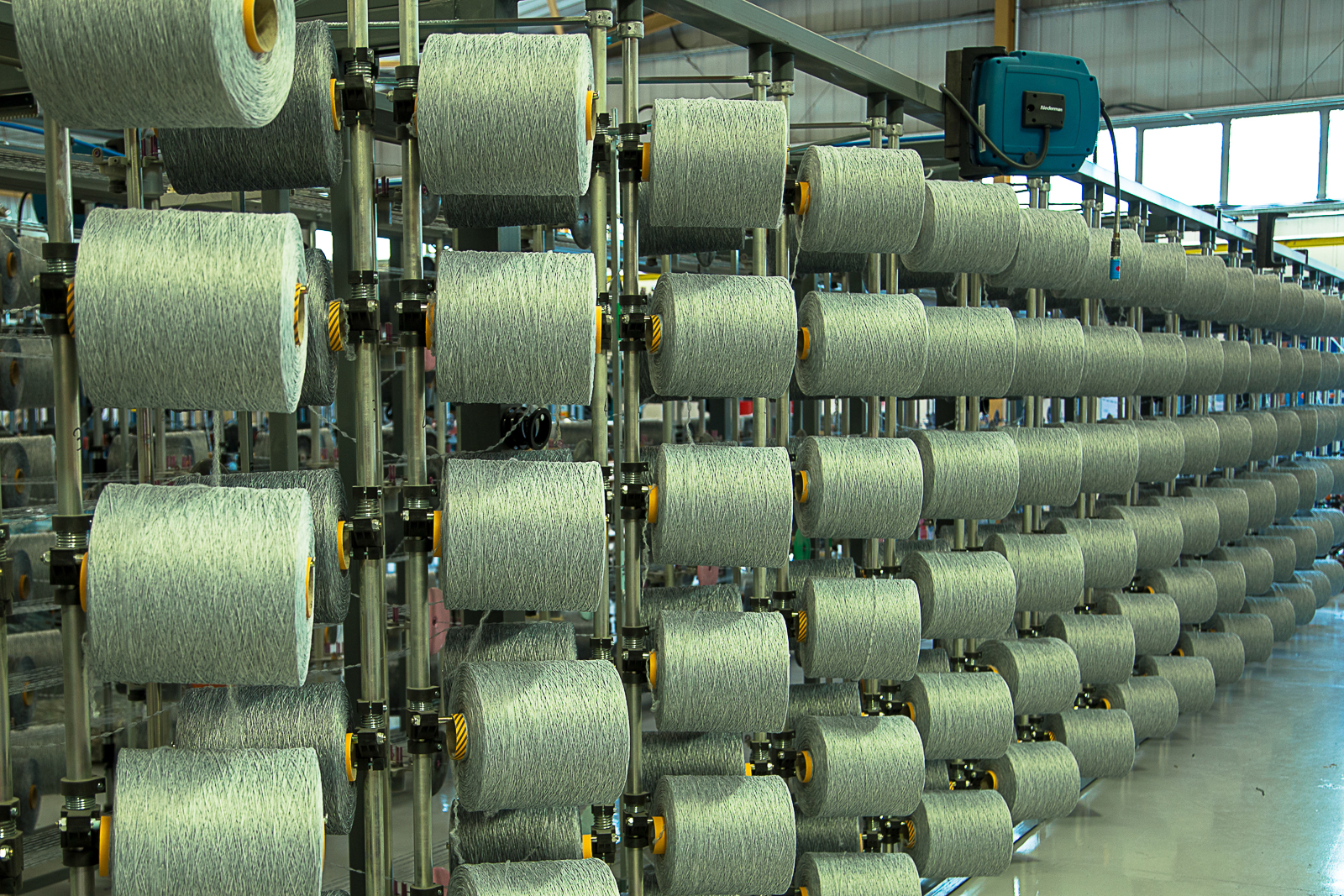 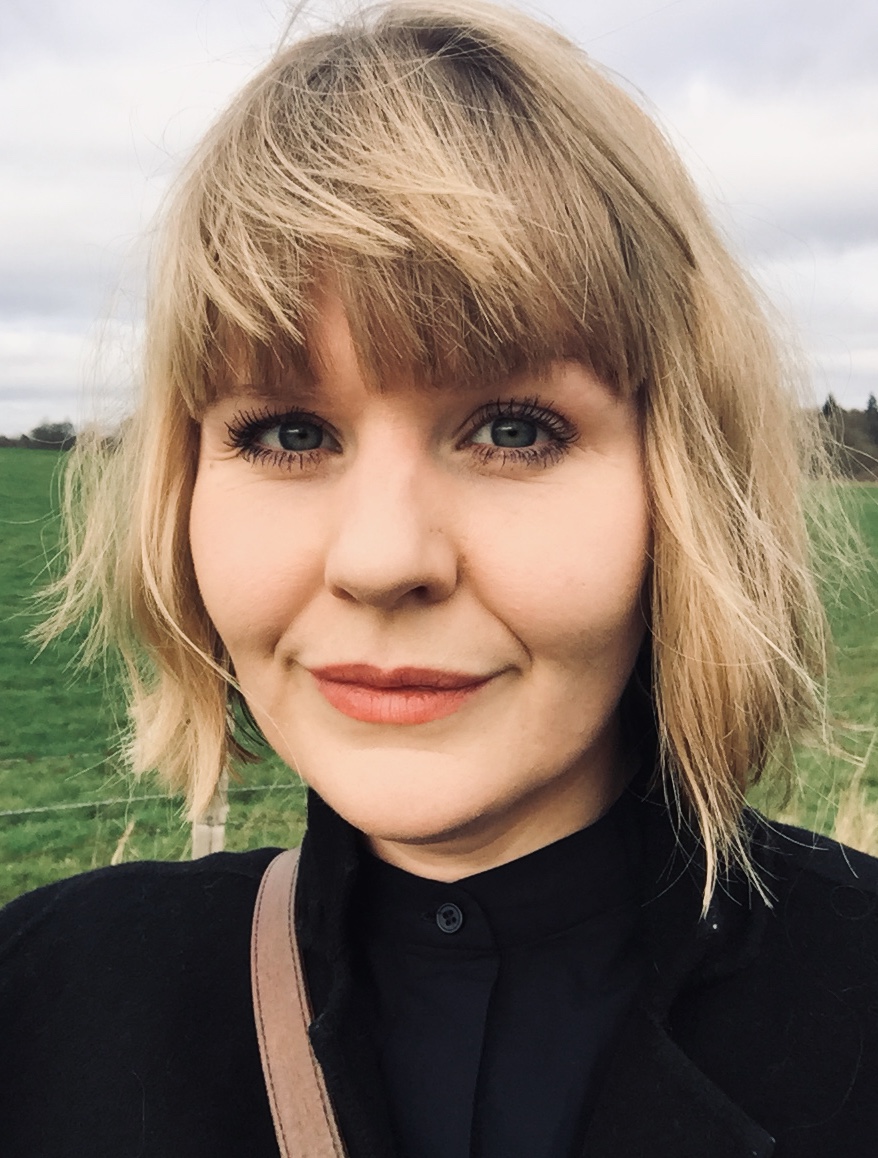 The first completely digital art commission in the three years of Art In Manufacturing, Liz Wilson’s multimedia work encompasses static and moving visuals and explorations into sound. Liz graduated with a Masters in Fine Art from the Royal College of Art in 2017 and regularly exhibits nationally and internationally in art institutions including Taoxichuan Museum of Art, China; OGA, Rome; Parc de la Villette, Paris; Hockney Gallery, London. In recent months her work has been shortlisted for Bloomberg New Contemporaries (2018).

Industry leaders in the field of bulk materials handling, Spiroflow is a manufacturer of equipment such as mechanical conveyors, bulk bag fillers, bulk bag unloaders and other process equipment. Based in Clitheroe and with a US base in North Carolina – Spiroflow serves a wide range of industries across the globe including food processing, pharmaceutical, chemical and dairy.

Dan Edwards and The Senator Group 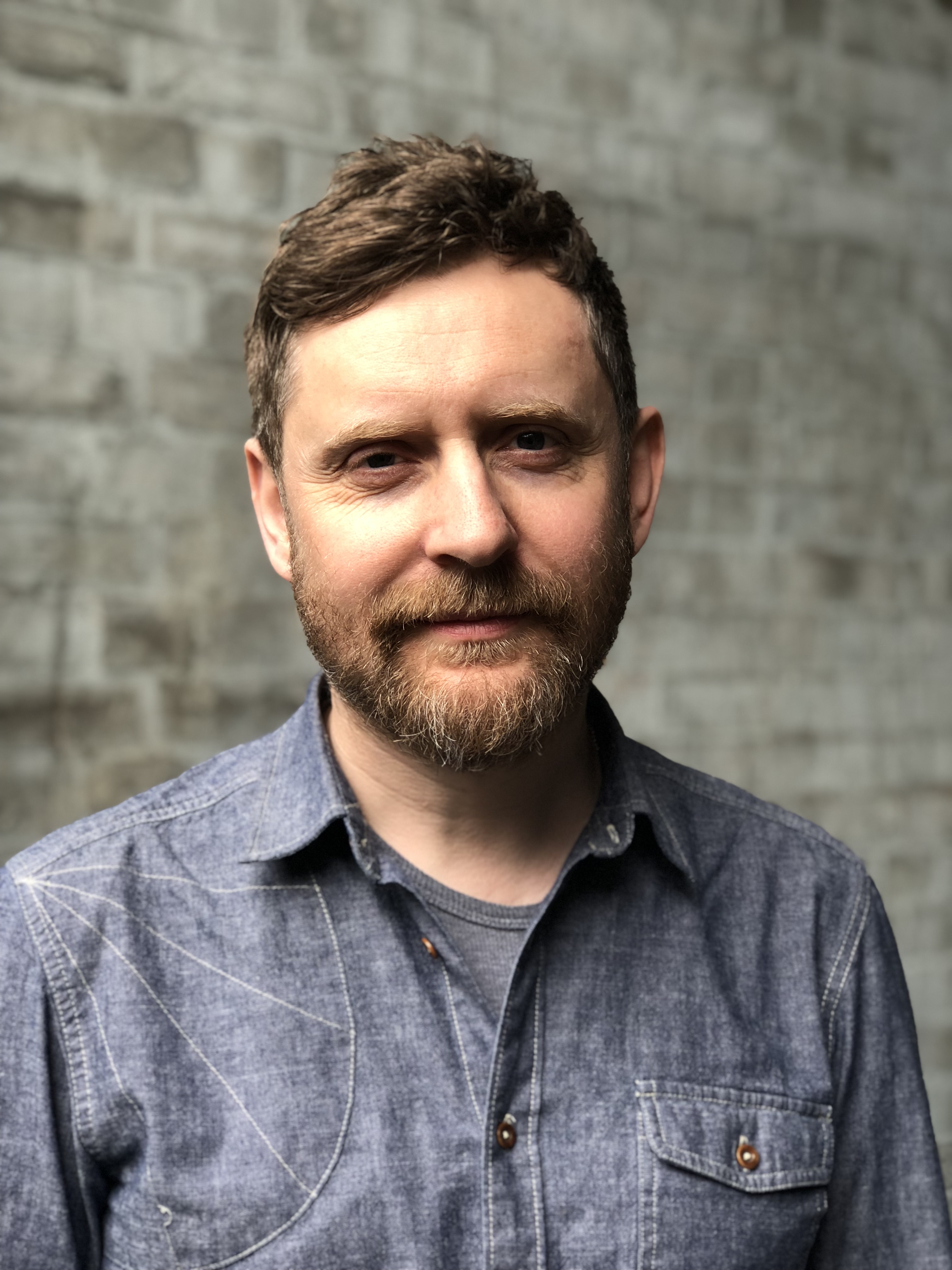 A graduate of the Chelsea College of Art and Design, London-based Dan Edwards works across different mediums as a way of interrogating personal and cultural anxieties. He has worked at the heart of the British art world as a fine art fabricator at Darbyshire Ltd, a career which has fed into his own practice with a naturally developing interest in the preservation, presentation and perception of contemporary artworks. Edwards returned to exhibiting in the North West with his first solo exhibition, titled ‘is this enough?’ at Blackburn’s PRISM gallery in late 2018.

The Senator Group is a design-led furniture manufacturer established in 1976 by present day chairman Colin Mustoe MBE to create places to meet, dine and work with a difference. Outside the marquee showroom in Clerkenwell, London and sites in Chicago, New York and Madrid – the group’s principle manufacturing site is in Accrington, where £10 million has been invested in its state-of-the-art desk factory alone, from which over 300,000 desks, tables, storage systems and screens are exported every year. 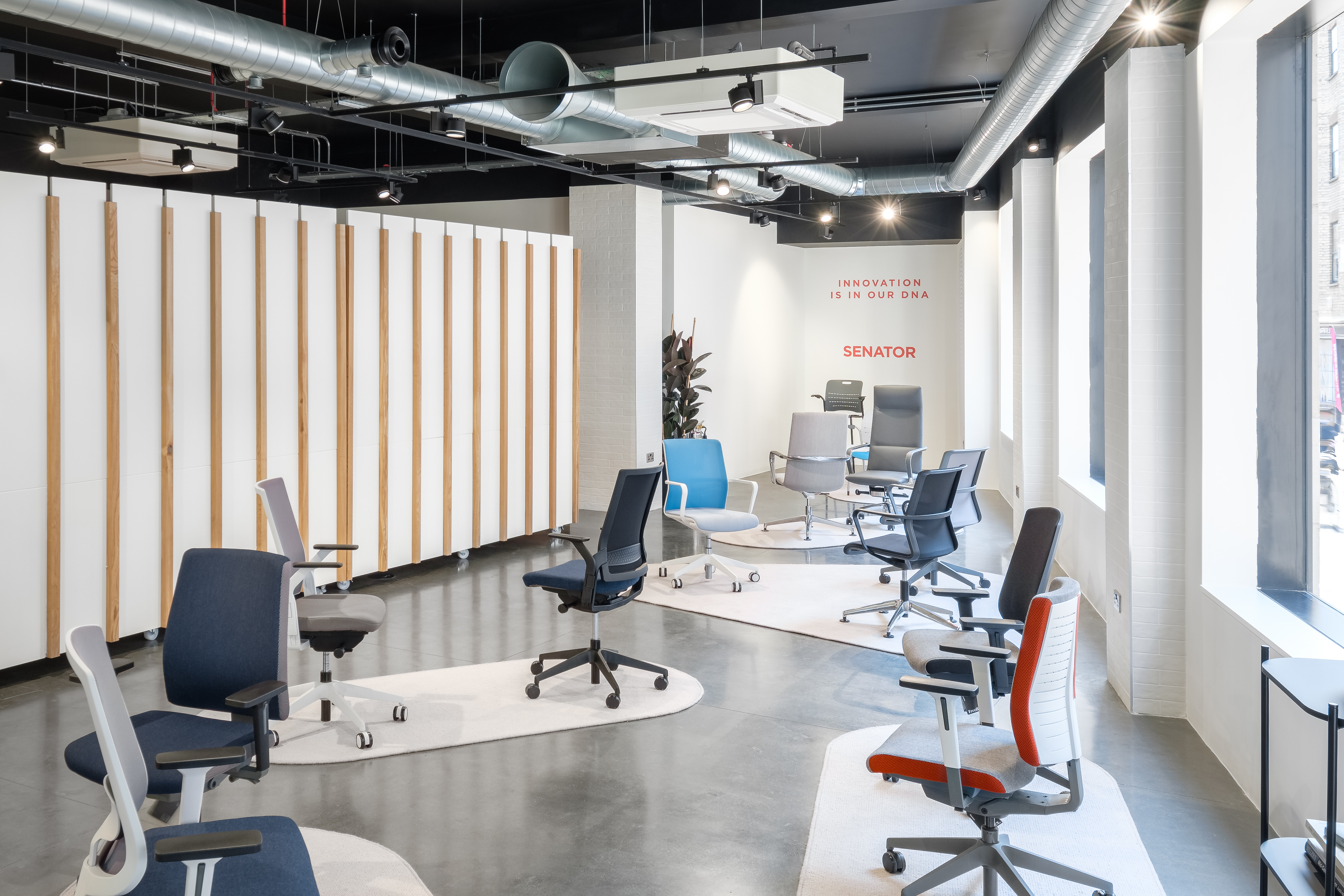 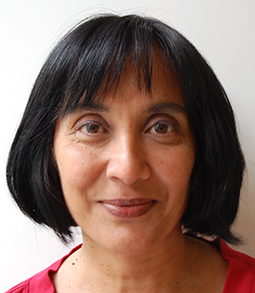 An artist that works at the crossroads of data and drawing, Manchester-based artist Daksha Patel’s practice extends to printmaking, animation and installation to visualise what is immeasurable, illusive and unseen. Colour, light and mapping are emerging themes in Patel’s work, which has also been influenced by a series of residencies in scientific environments, including LifeScience at the University of Dundee and The Christie Hospital in Manchester. The process of drawing – with its simplicity, immediacy and directness – is at the heart of her practice – recent solo shows include: ‘Biorhythmic Drawing’ at Watermans Arts, London and; ‘Pani’ at Horniman Museum, London.

Blackburn Yarn Dyers is a business founded over one hundred years ago in 1915, providing yarn dyeing to clients worldwide from the heart of Lancashire. Working with leading fashion and interiors brands in the UK and internationally, the company offers a range of products and services in support of the textile industry as well as hand-knitting and craft brands, with dyeing and bleaching remaining at the core of its trade. 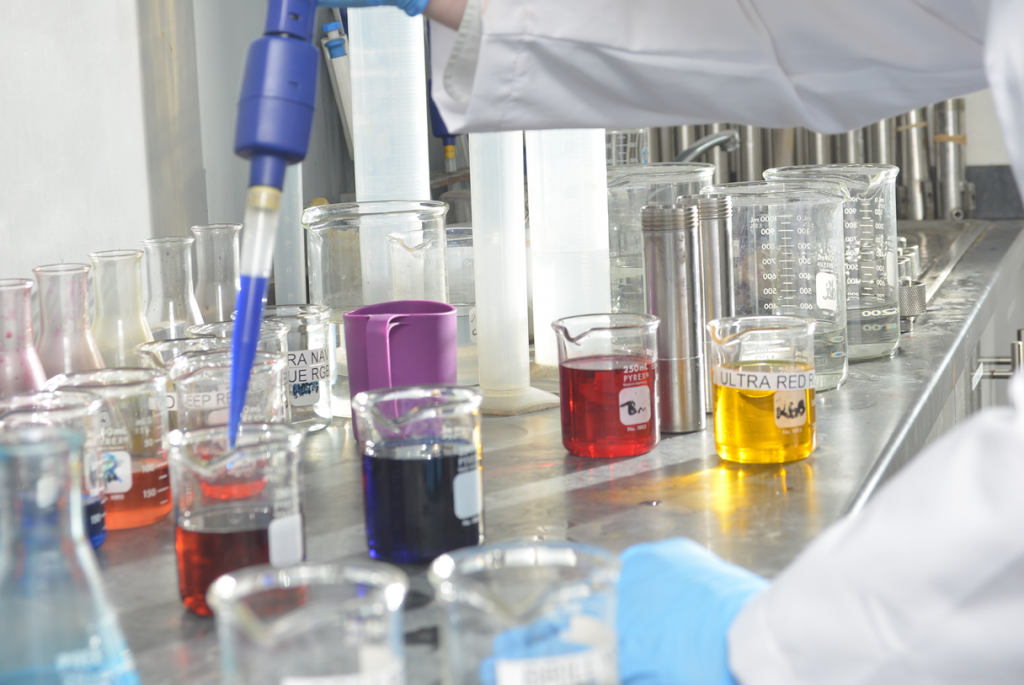 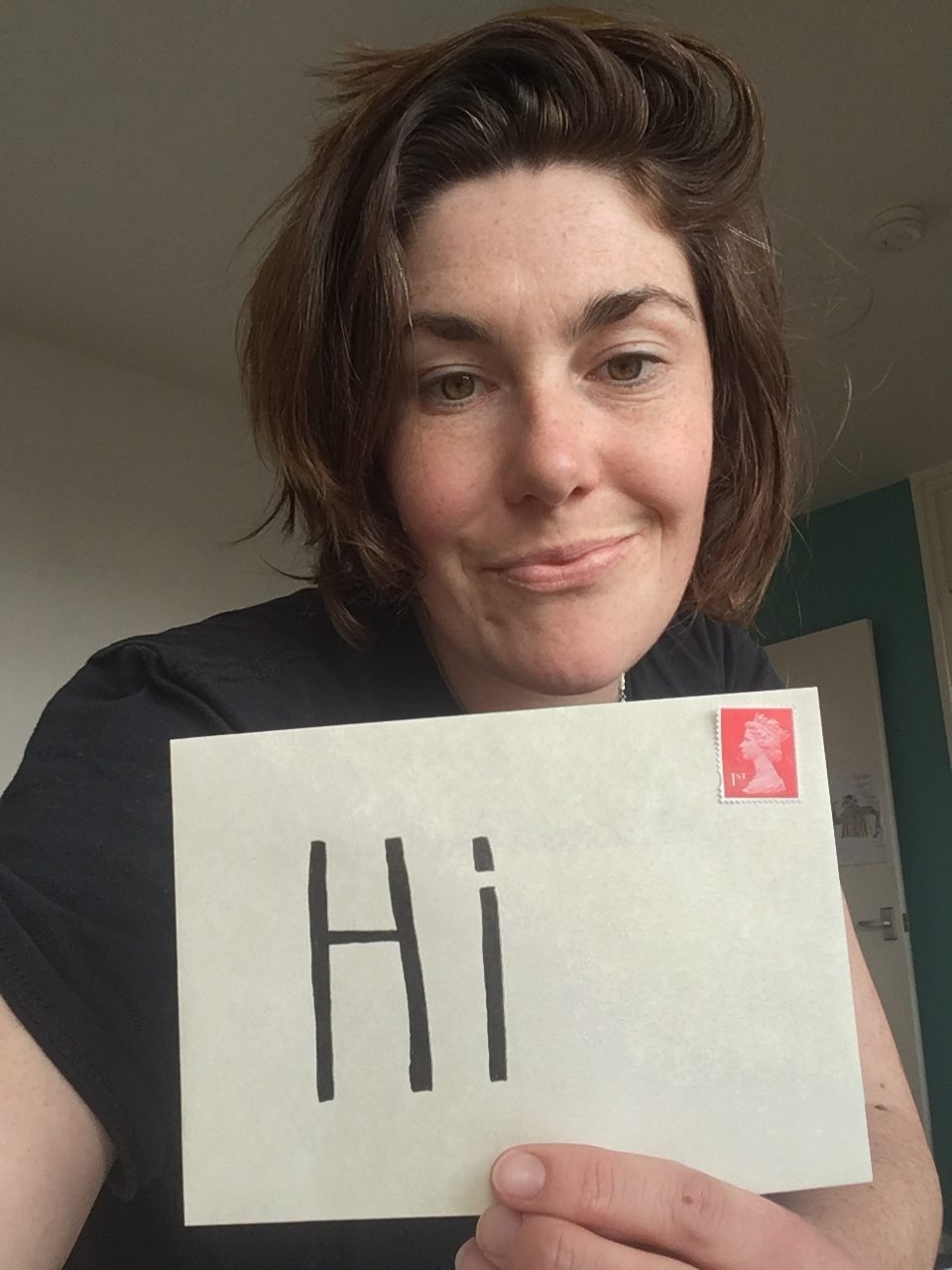 Setting herself at the heart of communities, artist Amy Pennington makes people the core part of her practice. Often using such mediums as performance, drawing, film, events and conversations, she works with accessible materials such as cardboard to bridge high and low art, while also having turned walls, shops and arcade machines into socially-engaged artworks. She tends to approach work with a pen in her hand and watches as it naturally ventures into other mediums such as film, installation and performance. Amy works collaboratively with people as participants or co-creators, often in non-art spaces including hairdressers, care homes, parks, and a working men’s club

Heritage Envelopes in Blackburn join the Art In Manufacturing series for the first time. Producing 50 million envelopes a week from their Blackburn factory, the UK production facility is part of a global brand operating across 50 sites in 23 countries. Specialists in printed envelopes for business as well as retail stock for high street stores and people’s personal letters, the company is an undetectable presence in many households every day and offers rich vein of inspiration to their artist collaborator. 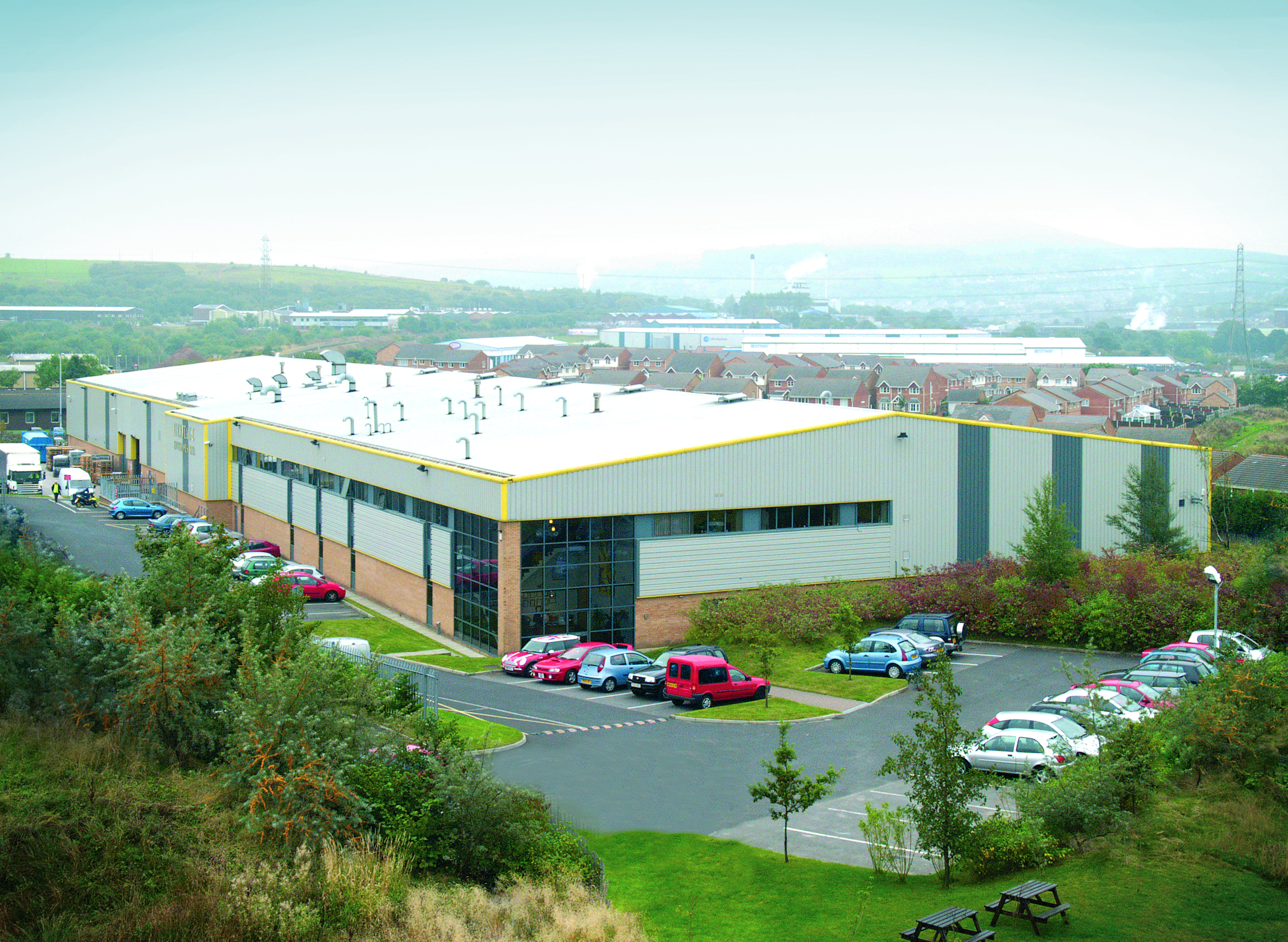