Launching Your Maker Project on Kickstarter

In this one hour talk you’ll learn how to craft a great Kickstarter campaign and the secret to building that all-important community of backers.

Makers, designers, artists and other creatives have used Kickstarter to produce small batches of handcrafted designs, as well as manufacture siezable first-runs of new products – plus funding everything from film, art, music and beyond. With more than 30,000 projects funded in the UK alone, Kickstarter has become a hub of creativity, where makers can connect with an audience and gather resources to bring their project to life. In this session we’ll hear from Heather Corcoran, Outreach Lead at Kickstarter, with insights on how to to make the most out of your crowdfunding campaign. The session will be followed by a Q&A.

Heather Corcoran leads outreach for Kickstarter in the UK and Europe, with a focus on the Design & Technology communities. Based in London and Liverpool, she works closely with innovators, creators, and makers who use Kickstarter to bring new projects to life. Before that, she worked as a curator and director at organisations like FACT, Liverpool and Rhizome, New York.

This event is a collaboration between Creative Lancashire, Kickstarter and the National Festival of Making 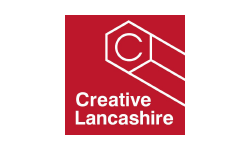