The National Festival of Making is curated, produced and delivered by the Festival of Making Community Interest Company (CIC) – registered number: The social enterprise, set up in 2017 has evolved to deliver a festival weekend and year round cultural programme that celebrates making and manufacturing from the kitchen table to the factory floor and advocates for impactful and place specific cultural regeneration in Blackburn, Lancashire and the North.

The Festival of Making is led by Directors and co-founders Lauren Zawadzki and Elena Jackson and co-founder Wayne Hemingway, who work closely with core partners to deliver the Festival’s vision. The network of partners is vital to the CIC and has become a significant factor in the growth, success and the amplification of impact the Festival and its programme has had. Through our strategic partnership working and ambitious curation, the Festival has come to play a meaningful role in the cultural landscape of Blackburn, Lancashire and the North of England and acts as an advocate for meaningful cultural regeneration.

Not limited to core partnerships, the Festival CIC has developed a model for stakeholder engagement that sees us engage with upward of 40 committed organisations and individuals through regular stakeholder meetings. Participation in the development of the Festival comes from education providers; artists; independent business owners; community groups; large scale industry; the charity sector and national organisations.

These partnerships and stakeholder relationships exemplify our working methodologies and express the potential for the successful development of a stronger cultural ecology, social impact and culture led regeneration through collaborative working between the independent, private, not for profit and authority sectors. 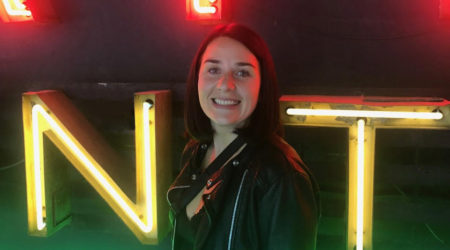 Lauren Zawadzki is the Festival Director and Co-Founder of the National Festival of Making CIC. Lauren works across the full scope of the company’s activities, including strategic development, commissioning of new artistic work, stakeholder and partnership relations, fundraising and producing specific projects within the organisation’s creative portfolio.

Lauren graduated from Liverpool Institute of Performing Arts with a first class honours degree. Prior to returning to education Lauren already had a successful career in large-scale commercial construction working on some of the UK’s largest construction projects, bringing unique transferable skills to the cultural industries.

Lauren and Elena are very much a team when it comes to leading the organisation, whether it be development and strategy or the initiation of new artistic concepts and programmes. The work is varied, exciting, and challenging.

Lauren regularly returns to LIPA to give guest lectures and is a Trustee of music education charity More Music and Co-Founder of culture company Deco Publique. 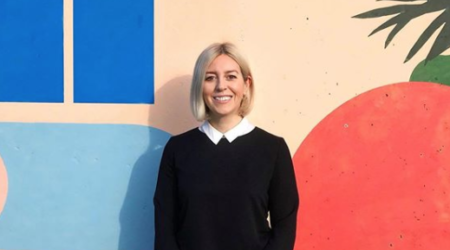 Elena Jackson is the Artistic Director and Co-Founder of the National Festival of Making and co-founder of culture company Deco Publique.

Elena works across the creative festival programme – working with artists, industry and communities to produce mass and intimate art and cultural experiences that feel rooted in place. Together with Lauren, Elena shapes the Festival’s vision and works to ensure the curated programme upholds the aims of the CIC; strategically develops the festival within the context of the regional and national arts ecology and secures project investment.

Elena is a Fellow of the Royal Society of Arts and a Board Director of embedded art practice In-Situ.

Board Director and Co-Founder 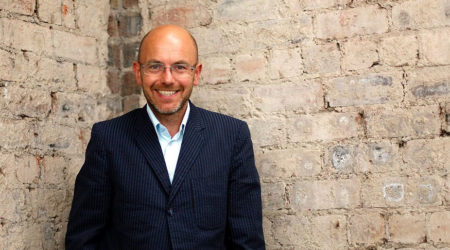 Wayne Hemingway MBE is a founding member of the Festival of Making CIC. Wayne is a Blackburnian (and a Blackburn Rovers fan to boot), having lived and been to school in the town from the age of 7 to 18. Wayne built up the global fashion brand Red or Dead, manufacturing and retailing in Blackburn before selling the company and establishing  the multi-disciplinary design studio, HemingwayDesign and going on to deliver acclaimed housing regeneration, urban design and cultural events. It was while working on the urban design / placemaking project, Blackburn is Open, that the National Festival of Making idea was formulated.

Alongside being recognised as Doctor of Design by several universities he has sat on the Trustee Board at the Design Council and currently supports the Mayor of London Sadiq Khan as a Design Advocate. 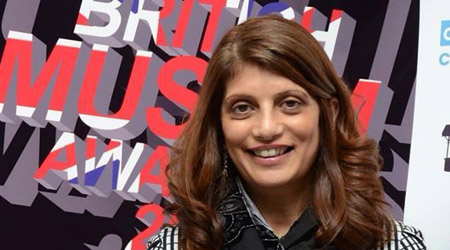 Salma Chaudhry is an entrepreneur and innovator. Salma has been in business since the age of 24, determined in forging a path in fashion and beauty businesses. From starting, establishing and running an independent Bridal magazine, Salma moved on to create a bespoke fashion boutique and, more recently, became a pioneer of the halal cosmetics sector, founding The Halal Cosmetics Company. An award-winning businessperson, Salma has previously been awarded The Fusion Entrepreneur Of The Year Award, The East Lancashire Chamber of Commerce’s Newcomer To International Trade accolade and The British Muslim Awards’ Business Woman Of The Year Award.

Salma now supports others to develop successful businesses in her role as an accredited Business Advisor for Manchester Metropolitan University. She is also a mentor for The Ledby Foundation in India, supporting a million women into entrepreneurship. Salma’s passion is to make a difference to local communities and help to ensure a better life for future generations. 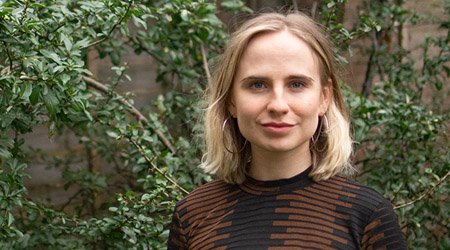 Lydia Entwistle leads on Engagement at Wac Arts, a creative arts organisation for young people based in Camden, North London. She designs and delivers creative programmes that inspire people to cultivate their creativity and works to remove barriers and enable pathways into the arts.

Born and raised in Lancashire, Lydia participated in the first season of the Art in Manufacturing series, working with choreographer Ruth Jones on our project Traysway. In her role in the industrial bakery management team, Lydia was instrumental in harnessing the power of participatory arts practice through the commissioning programme. She then went on to work for Manchester International Festival, as both a Project Manager and CRM Manager.

Lydia’s an advocate for co-creation, and also works with communities through her own project, Creative Residents, engaging groups in participatory arts practices and empowering service users to tell their stories to policy makers and commissioners. 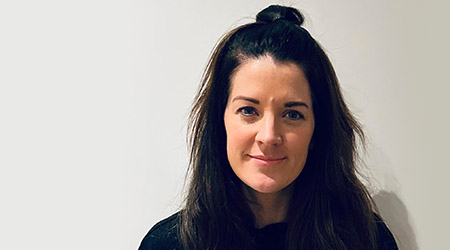 Dr. Carly Henderson is Head of Learning and Engagement at Oldham Coliseum and leads the theatre’s in-depth programme of work with schools, young people and the community. She works in a multi-disciplinary way with diverse artists and participants to engage people in collaborative theatre making.

Originally from Darwen, she attended St Wilfrid’s School in Blackburn, before studying Drama at Liverpool John Moores University where she graduated with a first class honours degree.

Carly completed her PhD in 2020 at the University of Manchester, where she undertook a practice based study, exploring young people’s relationships to the theatre building. Themes of craft and place emerged, which affirmed Carly’s interests in the unique practices of the National Festival of Making, which she loyally attends as a local participant. 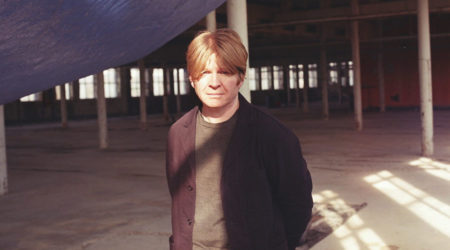 Jamie Holman leads Fine Art at Blackburn College University Centre and works from a studio in the town. He is a director of Prism Contemporary gallery in Blackburn and a non executive director of The National Festival of Making.

In 2017 Jamie was commissioned as part of Art in Manufacturing Season One and went on to become a core advocate for the festival.

Jamie’s work is multi disciplinary and is often fabricated using industrial processes or with heritage crafts makers and artists. His work is informed by the heritage of working class communities, in particular the impact of the industrial revolution and the cultures that have manifested as a consequence of its emergence and subsequent decline. Jamie also works as one half of “uncultured creatives “ a collaboration with producer Alex Zawadzki, delivering works in public, digital, print and traditional gallery spaces. 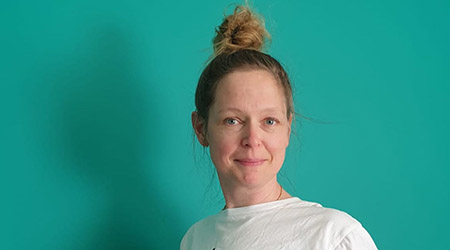 Claire Mander is the Director and Curator of independent curatorial practice, theCoLAB, based at Somerset House, London. She creates opportunities for artists working in three dimensions to make site specific and place-based interventions by forging unusual collaborations between artists, spaces and organisations. She advocates the vital importance of making skills and drawing as the foundations of excellent work.

Claire, a former City lawyer and previously Deputy Director of the Royal Society of Sculptors, works to support women artists and promote the dynamism of the North. She served as artistic advisor to Morecambe Bay Partnership, is curator of the Women Make Sculpture programme, sits on Westminster’s City of Sculpture panel and is a Trustee of UK Friends of the National Museum of Women in the Arts. 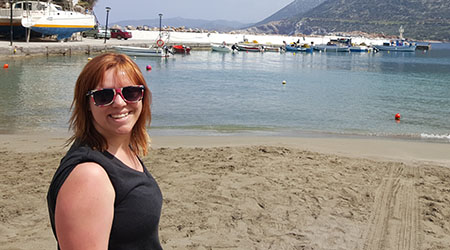 Becci is a qualified Accounting Technician and is currently in her final year, studying for a Business with Accounting Degree at the University of Cumbria.

Becci has a wealth of experience in both charitable and commercial sectors and supports the team on a wide range of accounting and administrative tasks, also providing a continued office presence when the rest of the team are out on the festival site.

She has a passion for music and crafts and regularly attends local events and workshops with her family in order to engage with the local community and share her creative interests with her son in particular. 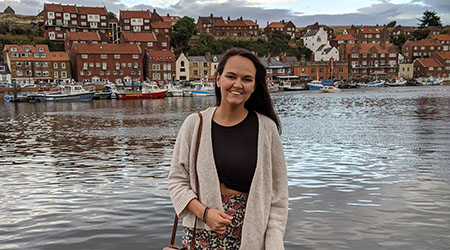 Daisy is an artist from the rural North West and a graduate of Lancaster University. She initially came to the business on a placement through the FASS Internship programme and after 2 months intensive placement officially joined the team as a Project Assistant.

Daisy provides support to the programme producers and recently co-produced 300 creative activity boxes delivered to children in Blackburn as part of the National Festival of Making.

Daisy generates content for our social media platforms as well as assisting across our project portfolio. In Daisy’s own practice she concentrates on opening up the dialogue around everyday sexism and has had her work exhibited in Manchester, Liverpool and Lancaster. 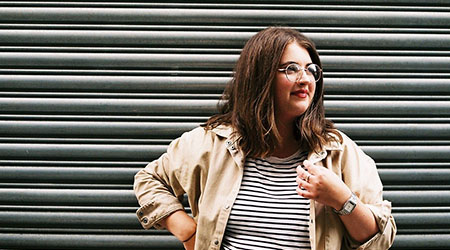 Emma works as the Festival’s Social Media & Marketing Coordinator and is a freelance artist and designer.

Based in Lancashire, Emma studied Fine Art at Blackburn College’s University Centre graduating in 2019 with a First Class Honours Degree. Since, she has gone on to work in Digital Marketing and has worked with organisations such as In-Situ and Community Clothing.

With a studio at Prism Contemporary, her creative practice explores the use of colour and composition to create vibrant abstract work primarily through printmaking, painting and mural design. 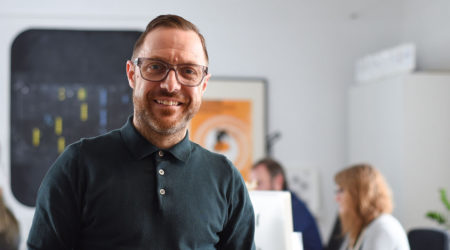 Stephen is from Lancashire and studied Graphic Design at Blackburn College. He has worked in the creative industries for 30 years, founding Source since 2001, who he runs with his wife Catherine. Small, but perfectly formed, Source combine their multi-disciplinary skills with other talented local companies to deliver great work with great service.

Stephen is responsible for all areas of branding and design for The National Festival of Making. This also includes evolving branding for our many projects including The Art of Manufacturing, Less Waste More Taste and Let’s Make.

Stephen is embedded in the concept of making and works with our partners to find creative ways to utilise their products and resources. We’ve had laser cut waymaking signs, cardboard jigsaw puzzle logo signs and 3D brand shapes. Stephen has also been collaborating with the students on the Graphic Design course at Blackburn College to produce brand assets for the festival. 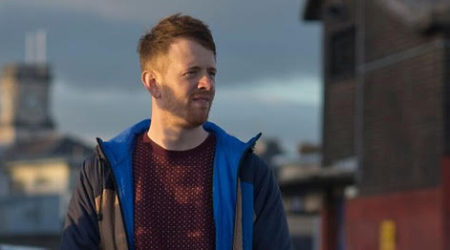 Rob Allen established Perspective Communications in 2012 to offer over a decade of experience across the arts, the private and public sectors to creatives working in the visual and performing arts, music, festivals and engagement projects that connect communities with bright ideas. Gaining high-level results on a freelance basis, Rob helped to develop The National Festival Of Making from a promise to a trusted and valued event, winning broad public awareness and moving communities to attend, providing marketing planning, stakeholder communications and media relations. Winning and safeguarding the festival’s enduring connection with the wide range of people and organisations connected to the annual event and year-round activities, festival campaigns have adhered to the key communications principles of rigorous planning, creative thinking and timely delivery.

Fabulous day @festofmaking a celebration of art, creativity manufacturing and making. Blackburn you should be proud!

There was such a positive vibe and a beautiful diverse turnout that celebrated everything Lancashire is and was.

There was such a positive vibe and a beautiful diverse turnout that celebrated everything Lancashire is and was.