Performance at the National Festival of Making 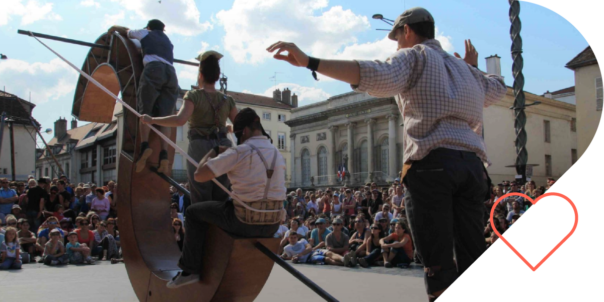 Piece-by-piece, the performers of Spanish circus company, Vaiven Circo Danza will construct a fantasy machine and transport onlookers into their world of expressive and daring performance for the first time outside London, performing the acclaimed Do Not Disturb, at The National Festival of Making. Taking place for a second year in Blackburn, Lancashire, between Sat 12 – Sun 13 May 2018, the festival sets making-themed performance free onto the town’s streets, mixing unforgettable encounters with professional circus performers with community-led happenings. 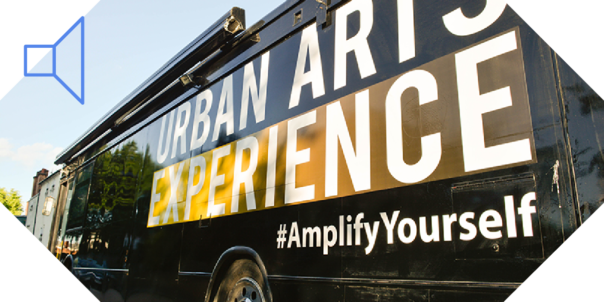 In a rare visit to the Northern regions, London’s Urban Art Experience visits Blackburn after taking their Urban Outreach Bus to 70% of London’s boroughs, engaging 890 young people with music writing, recording, DJ-ing and performance technique last year alone. Visitors who are yet to find their voice can lay down a track in the company of their experienced and supportive team of artists over the festival weekend. 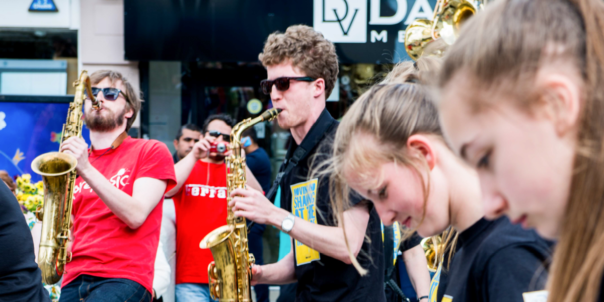 Life for young people in Lancashire has been set to melody by More Music, based in Morecambe, for over two decades, working to inspire and empower future generations through expressive musicianship at all levels. Their specially-devised festival project, MAKE IT UP! gathers the diverse experiences of over 40 emerging, young musicians and set their stories to a beat that’s all their own. Working together over two months prior to the festival, the diverse heritage, shared values and future hopes of the group will ring through the town’s streets.

The festival atmosphere will be lifted once again by the arrival of our street performances and an event as unforgettable as ‘Do Not Disturb’, from a renowned, international circus company, will inspire, amaze and make happy memories for everyone coming along. It’s a priority for the festival to provide hands-on experience as well as entertainment, something that The Urban Art Experience and More Music share with us, so to be able to open a recording studio in the town centre, provide the expertise for people of all ages to find their inner pop star, DJ or producer, and see Lancashire’s young people take to the streets with their own, specially-commissioned performance is a dream for everybody involved. Lauren Zawadzki, Co-Founder of The National Festival of Making

The range of performance events confirmed to take place at The National Festival of Making, with many exhibitions, workshops, markets and talks still to be announced, is as follows:

Vaiven Circo Danza – DO NOT DISTURB – A vibrant, unmissable and FREE street performance that brings the ingenuity of making dramatically to life, Do Not Disturb takes festival goers back to the early 20th century, evoking a day’s work in a factory. Performed for the very first time outside London, Spanish circus company, Vaiven Circo Danza, perform this high energy, poetic show, combining dance, acrobatics and physical theatre with contemporary circus tricks on each day of the festival. The characters are asked to build a machine, but without a guide as to how the it fits together, the performance throws up all manner of funny, exciting and risky situations. As they fit the various, oversized components together, a colossal and expressive performance unfolds, relying on balance and counter balance to successfully manage the huge, wooden sculptural form.

The Urban Arts Experience – Make a track, make a move, make a story or make a mix in workshops provided by music industry experts including published author and award-winning poet MC Angel, scratch master DJ Shorty and Mister Lees. Whether learning to lay down your a beat inside their onboard studio, establish some new moves with their breakdancing tutors, or learn what it takes to be a superstar DJ, festival participants can expect an unforgettable experience. All housed in a single-decker Outreach Media Bus, the workshops create a safe space for people to listen, feel and create, exploring hidden talents and uncovering new passions. The Urban Arts Experience have seen the positive effects inclusive, creative activity has on young people’s confidence, aspirations and wellbeing and now head north to share these powerful creative experiences in Blackburn.

MAKE IT UP! A brand new on street show created and performed by over 40 young musicians of Blackburn, this 25-minute performance tells a story of place, of life growing up in different diverse communities across Blackburn and of celebrating heritage. Having brought together young people in different community centres across the town in the weeks before the event, the resulting, mass ensemble hits the streets, performing their own songs, accompanied by soon-to-be-named inspirational, professional musician of international acclaim. The project lives on after the weekend’s events, with additional mini-performances taking place in partnership with community centres and the local music hub.

The promise of ‘a new kind of festival for a new age of making’ by co-founder, supporter and Lancashire-born designer, Wayne Hemingway, was fulfilled in 2017 with the first, ever National Festival of Making attracting 30,000 people, taking part in over 100 making experiences and encountering 57 invited makers, spanning food, technology, major manufacturing, engineering and crafts, alongside indoor and outdoor markets, art installations, film screenings and celebrity cookery demonstrations.  Hemingway and festival producers, Deco Publique, join forces again to ignite imaginations and fill the streets.

From textiles to terracotta, Blackburn and neighbouring Darwen are at the heart of making history in Britain, a place where the Industrial Revolution blossomed and where manufacturing and entrepreneurship still blooms. The National Festival of Making aims to extend the reach of making into the communities of Lancashire and beyond, raise national and international awareness of the benefits of making and inspire others to consider their own talents, aspirations and making potential.