(The National Festival of) Making a Difference in Blackburn

Blackburn town centre played host to the first National Festival of Making in 2017, but what impact did it have for the town? 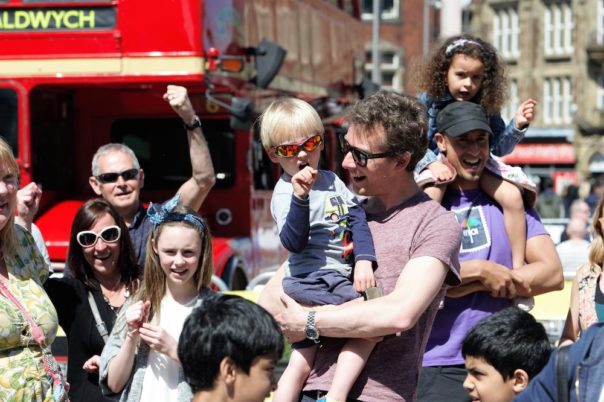 The festival set out with a unique mission: to champion the UK’s best makers and making activities, from the kitchen table to the factory floor, with a contemporary and accessible programme. The data is in and shows that making makes a difference, with lasting effects for the town and its community.

Over the festival weekend more than 30,000 additional visitors made their way to the town centre, where the festival footprint stretched for more than a kilometre across 19 venues. Families, young people and experience seekers came from across the country – as far away as London, Peterborough and Carlisle – with 15% of people visiting Blackburn for the first time. What did they think? 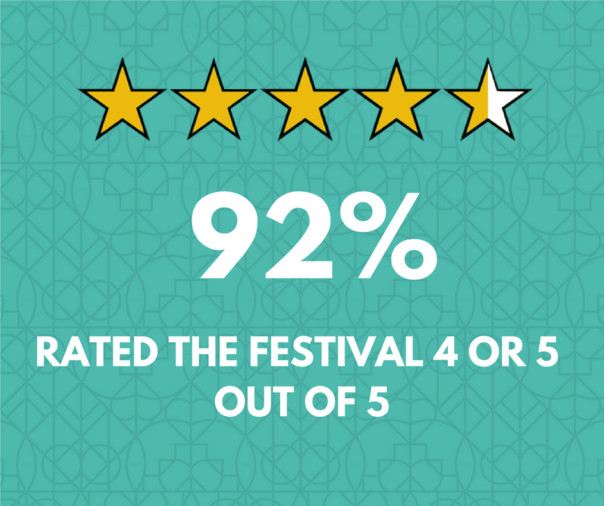 It’s been a long time since I’ve seen the town so alive. Very excited about the future and all the town’s emerging creative possibilities! – Scott Bradley, North West Films

A huge 80% of people who attended said that they’d love to return in the future – citing the town’s interesting architecture, positive regeneration and ‘Blackburn clearly on the up!’ – and 50% of attendees (including those who lived in the town) said they had seen Blackburn in a new light.

No wonder – the town buzzed with activity. The weekend saw 2,750 people passing through Blackburn Museum, 1,100 enjoying the festival film programme at the Bureau Centre for the Arts, and 120 people getting stuck into activities at Blackburn’s state-of-the-art Making Rooms. A lucky few even got the chance to don hard-hats and experience the grandeur of the Cotton Exchange, the 19th Century gem opening its doors for the first time since 2012.

The local community showed strong support for the festival with 15,000 of the visitors estimated to be from Blackburn; people of all ages and backgrounds from the community came together to learn new skills in more than 50 hands-on making activities, browse amongst 57 independent traders selling handmade goods, and enjoy the street performers weaving their way around the town centre. 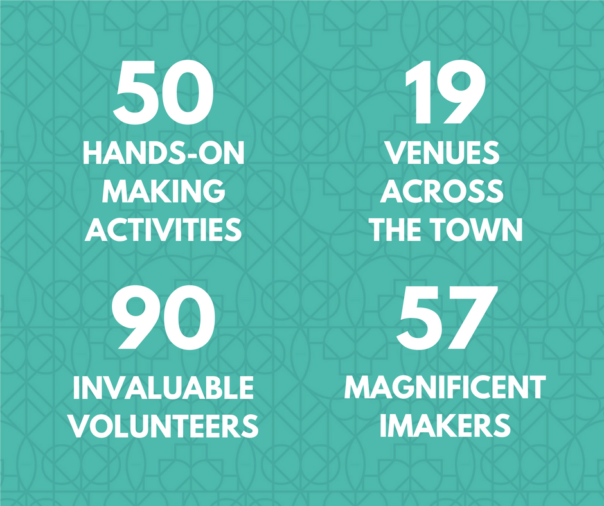 We absolutely loved it. It far exceeded my expectations and made me really proud to be part of Blackburn – Visitor

Businesses didn’t escape the feelgood effect either, with Northcote Cafe’s takings up 130% across the weekend and Patrick Grant’s Community Clothing store on Lord St. West boasting an incredible 1400% increase in income. Overall the festival brought £894,980 into the town, bringing a welcome boost to local traders, makers and businesses.

Zainab Bilal, the local pie hero who featured in our Front Room Factories film, was catapulted into broadsheet fame as the picture star of a Guardian article, and the press didn’t stop there as the workers of Cherry Tree Bakery swapped the production line for the big time, starring on BBC’s Morning programme as part of Ruth Jones’ Traysway choreography. 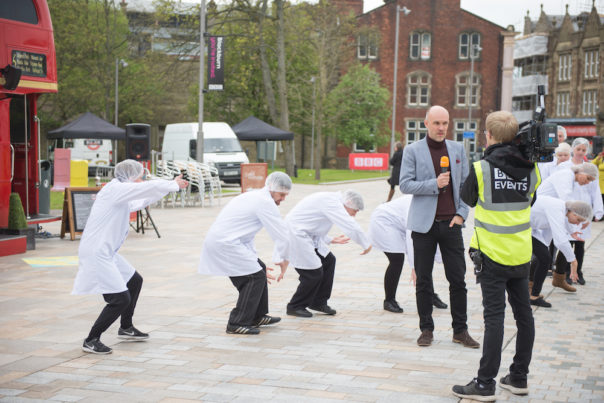 Indeed, the festival’s headline arts programme Art in Manufacturing, which paired professional artists with 9 local factories to produce 9 works of art, grabbed a couple of global headlines. The project brought art experiences to more than 100 people making up the local workforces of the factories and produced some world-beating artworks, with Lazerian’s Chromatogram appearing on the cover of USA’s premier design magazine Interior Design and the market-leading Design Boom.

With dates of the next festival due to be announced in the next few weeks, we’re pleased to see the festival make such a difference in the local area – connecting Blackburn’s families with making experiences, propelling it into the national consciousness and delivering a welcome boost to the economy.

The National Festival of Making is made possible by funding from Blackburn with Darwen Borough Council and by money raised by National Lottery players through Arts Council England and Heritage Lottery Fund.